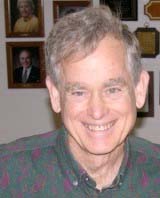 Do you know that Jesus Christ and the Buddha taught the timeless truth in the Vedas? The Vedas are the ancient scriptures that are the foundation of Hinduism. In each Veda, there are Upanishads—sections that sum up its teachings—and the teachings of Vedanta interpret the Upanishads and other major Hindu texts. The Vedas were received as sacred hymns or mantras by sages in India thousands of years ago, their truths became the basis of Hindu belief and in the last century, these truths were disseminated around the world by Yogananda, Sivananda and other great gurus.

Jesus lived in India and the Far East from the age of 13 to 30, 17 years that are unaccounted for in the Bible but documented in ancient manuscripts in Tibet. During that time in His life, Jesus visited sages and holy people, studied the teachings of the Vedas and taught truth to those who were looked down on by the upper classes and denied access to the scriptures. He did not accept the caste system and with the wisdom of an illumined mind, He taught that God is within and guides us from within. He said one should purify the heart, look to the Christ within and meditate in the silence of the soul. When He went back to his homeland, He continued to teach Vedic truth, often using parables and metaphors. The Aquarian Gospel of Jesus the Christ, Chapter 135, tells us that in the temple in Jerusalem He said to the people, “I am the lamp; Christ is the oil of life; the Holy Breath the fire. Behold the light!”

Buddha also taught the wisdom of the Vedas. Like Jesus, He was a reformer. He did not personify God and taught only the important, essential and universal aspects of the Hindu religion. Most of His followers do not accept the truth that the Self is pure, immortal consciousness, but in the Mahaparinirvana Sutra, Buddha’s final teaching before He left his body, he makes it clear that His earlier teachings about non-self and emptiness (which were mistakenly interpreted as nihilistic) were preliminary teachings designed to free people from the false idea that the mortal self (ego) is real and He tells his listeners, “The Self (Atman) is Reality (tattva), the Self is permanent (nitya), the Self is virtue (guna), the Self is eternal (sasvata), the Self is stable (dhruva), the Self is peace (siva).” Nirvana is God’s nature as the Self in the cosmos and in every soul and as Brahman beyond creation.

In Advaita Vedanta, the Atman (God as the Universal Self, the Holy Spirit guided by the Christ) and Brahman (God as the Supreme Being: ever-existing consciousness and bliss) are said to be the same. As creator, God is called Atman, but Atman came out of Brahman and both are eternal and have the same qualities. And just as different statues made of clay have the same substance, yet each is unique, so also the essence of every individual soul is made of the same divine substance (the Universal Self, or Atman), yet the love in the soul of each person has a unique vibration.

When souls were manifested from out of God’s infinite love and light, many of them did not appreciate their role as independent beings. Some thought of it as rejection and judged pain as bad. However, pain serves a good purpose by teaching us to avoid harmful thoughts and actions, which directly or through the law of karma cause it. Also, God’s nature is oneness, and in God’s all-encompassing love, all things including pain are one. So, by judging and condemning things they didn’t like, souls became less aware of God, and instead of oneness, they perceived separations and dualities. Moreover, their awareness of their divine nature and oneness with each other as the Universal Self and the happiness this gave them were diminished and they began to identify with their mortal mind and body and seek happiness in physical pleasure. Thus, they became engrossed in matter, caught up in harmful desires and habits, and their awareness of God continued to decrease.

As we grow spiritually and gradually become free from harmful tendencies and habits, we reverse this process and begin to discover the Universal Self. And when our false sense of identity, the ego, is gone and we remember our true identity the Self, we experience the infinite majesty and glory of God.

In Messages from Jesus by Mary Ann Johnston, Jesus speaks of the oneness of everything. He says, “God as love and life force is infinite oneness of all things, seen and unseen” (p. 229). He also says, “There is no fixed reality except for the Light of God. Everything is all one, including time. This oneness dwells as the Light of God, the only reality” (p. 190).

As the Supreme Reality (Brahman), God transcends creation, but as the Universal Self (Atman), God manifests and sustains every body, mind and soul and also the entire cosmos. Through the vibratory power of OM and the love and intelligence (Christ Consciousness) that guides this power, the Atman projects the dream of the cosmos in our minds. “The Word” and “Holy Spirit” are other names for the Atman, who is love, light, bliss, intelligence and power. God is infinite, beyond description and is fully understood only when experienced as the One Spirit both beyond and in Creation. Nevertheless, words give us an idea of the nature of this experience and inspire us to seek it. When we follow the guidance of the infinite intelligence of the Self (the Holy Spirit, or Atman) instead of the ego, we begin to realize God’s presence within us and Creation and also God beyond Creation.

To read The Aquarian Gospel of Jesus the Christ click on this link: https://ocoy.org/new-content-text-of-the-aquarian-gospel/
On ocoy.org you will find various texts that shed light on Jesus’ life and teachings, not only in Israel but also in India and the Far East.

For the Mahaparinirvana Sutra and an excellent commentary, visit: nirvanasutra.net

George offers this additional information to clarify the difference between “soul” and “Self” in his writings and to explain the fall of the Individual Self and Its return to God using terms that the Introduction to the Aquarian Gospel uses to describe this:

My writings are based primarily on the teachings of Vedanta, new teachings from Jesus and those of Yogananda, who wrote that the ego is a graft on the soul and that, as long as one’s soul is limited by the ego, it is imperfect and thus continues to reincarnate until it no longer has physical, astral and causal desires and karma and the ego is overcome. But like many others, he used the same word, “soul,” to mean two different things, the pure Eternal Self and the limited, ego-bound self, which is not eternal.
To distinguish between the two in my writings and in the way certain scriptures are presented on ocoy.org, both the Universal Self and the Individual Self are called the Self (capitalized) and in my writings, the Self combined with the ego is called the soul. The Self is the essence of the soul, but we experience very little of either the Self or the soul as long as thoughts agitate the mind. However, deep meditation stills the restlessly-thinking, mortal mind, so we can go beyond the cosmic dream and begin to know the Infinite Love and Light of the Self, who manifests the dream in our mortal mind, which is part of the dream.
The Introduction in the Aquarian Gospel, p. 12-13, tells us that, when Spirit began its journey as soul, there were only two planes—the plane of Spirit and the plane of soul—and the plane of flesh (physical plane) did not exist. Like a seed in every human soul, Spirit was put into the plane of soul (astral and causal consciousness) to grow, but fell from grace and on its boundary, this plane began to vibrate more slowly. As a result, the physical plane was manifested. In time all human beings will retrace their footsteps, rise to higher and higher levels of consciousness on the planes of flesh and soul and finally reach the highest plane of consciousness, the plane of Spirit, and experience themselves as one with God, the Eternal Self (Atman) and Brahman.

George graduated from Yale University in 1956, started to practice meditation and yoga postures in 1962, and has taught the principles and techniques of yoga and led meditations for over 53 years. He writes articles based on the teachings of great masters, including many received from Jesus in our time by people who were able to communicate with Him.

George’s wife, Mary Ann, has been able to see and talk with Jesus since she was a child and has written three books about living a God-centered, spiritual life, which contain profound truths and guidance from Him and other masters.

To learn more about the author, please visit: